Dennis Rollinger founded Radiometrics in October of 1983. Dennis along with two partners started the company because they felt that there was a significant need for greater customer support in the commercial Electro-Magnetic Compatibility (EMC) industry. Radiometrics was one of the first laboratories listed in the Federal Communications Commission (FCC) Public Access List (PAL) of labs performing commercial EMC testing. Radiometrics has grown significantly under his direction and Dennis has since become sole proprietor.

In Radiometrics 36-year history, Dennis has been associated with over 5,000 test programs performed to the EMC specifications of the Military, Federal Communications Commission, Federal Aviation Administration, Food and Drug Administration, International Standards Organization, Society of Automotive Engineers and other proprietary test specifications.

Dennis has also been involved in several international military and aerospace programs. Included in these are the testing of systems for the International Space Station, LAVI jet fighter, Saab Scania jet fighter, and the British EH-101 helicopter program.

Over the past five years Dennis has overseen in excess of 200 tests of medical devices.

Dennis has served on numerous industry committees including:

Before founding Radiometrics Dennis served as a Non Commissioned Officer for the U.S. Army Signal Corp. He was in charge of the Phan Rang Central Communications facility located in Phan Rang, Vietnam. Dennis was honorably discharged in December of 1970.

Dennis received his Degree in Electronics from Morton College in June of 1973. He then worked as a Senior Technical Associate for ten years with AT&T Bell Telephone Laboratories. He was the physical designer and regulatory engineer for the 3B20 computer system designed as the Agency Standard Host Computer for the National Security Agency.

Dennis also holds a commercial pilot’s license with an instrument rating and instructor rating. He is a consultant on the development of new avionics equipment for commercial avionics and for the National Transportation and Safety Board for EMI incidents.

“I control my own destiny here, and that’s important. The company is what we put into it, we all draw our motivation from this.”

Chris Carlson is the Technical Director at Radiometrics. He is a NARTE certified engineer and handles many of the military and aerospace testing having technical expertise and knowledge in these areas.Chris’s NARTE certification was grandfathered by eminence in the EMC field. “I did not have to take the test but did help write the questions to develop the test for NARTE candidates,”says Chris Carlson.

Chris is competent in designing and constructing specialty tests and test equipment. Chris also writes most of the test software for Radiometrics.

Chris served on the Radio Technical Commission for Aeronautics (RTCA), DO160 Standards Committee. He was a member of the EMC Standards Committee for all electronic equipment used on board commercial and general aviation aircraft.

He became interested in electronics as a kid and entered Rose-Hulman Institute of Technology in Terre Haute , Indiana with ambitions to get an Electrical Engineering Degree. Two-thirds of the students usually change their majors, but Chris maintained his focus and received his Bachelor of Science in Electrical Engineering in 1991 with an emphasis on electromagnetics and field theory.

Chris came to work for Radiometerics in 1984. He states, “This is a very comfortable place to work. There is a family atmosphere, a low stress environment. Everyone knows their job and what needs to be done. Each has a specialty but can be interchangeable as well.”

Radiometrics tailors work to provide solutions effectively and efficiently. “Other companies do cookie cutter test, we modify our test so they are completed to everyone’s satisfaction. This means we work closely with our clients,” states Chris.

Chris feels that the company went through a big change with its A2LA accreditation. “This improved the quality of everything that we do, well beyond what we expected to find,” says Chris.

David Jarvis is an EMC Technician with Radiometrics. Duties that he performs include testing, generating reports and assisting on equipment calibration. Dave generally works on CE and FCC projects along with Military and Automotive applications.

“It has been real interesting. I am learning something new about products and technology every day. Many of the things that I learned in the Navy, I am putting into practice working here at Radiometrics.”

Chris Dalessio is a Senior EMC Technician with Radiometrics. Duties that he performs include testing, generating reports and assisting on equipment calibration. Chris generally works on CE and FCC projects along with military and automotive applications.

Chris joined us after retiring from the Navy where he spent most of his career working on the F14.

“I enjoy seeing the new products coming through the lab, everyone gets along well here. Radiometrics has a great ambience where everyone can work independently knowing that they still have a diverse team to back them up.”

Joe Strzelecki wears a couple of hats with Radiometrics. He is The Quality Director and a Senior EMC Engineer. Joe is a NARTE certified engineer, grandfathered by eminence in the EMC field.

As the Quality Director, Joe performs tests, engineering analysis and prepares reports on both commercial and military products. Tests conducted include: RF Emissions, Susceptibility, Shielding Effectiveness, Transfer Impedance and Antenna Calibrations. He tests products with specifications such as MIL-STD 461 and 285, RTCA DO165, SAE VDE, CSA and FCC Parts 15, 18 and 90.

Joe is the driving force charge of acquiring and maintaining the A2LA ISO 17025 accreditation for the lab. He wrote the quality manual and conducts quality audits.

His main focus as a Senior EMC Engineer is on commercial equipment such as, products sold to the general public rather than military or aeronautical applications.

Joe always had a general interest in electronics. This led him to Northwestern University in Evanston, Illinois where he received a Bachelor of Science Degree in Electrical Engineering in 1984.

“Radiometrics is a relaxed environment. There is a good compliment of people here. All the guys bring a lot to the company. We all work as a team and we can always bounce questions off of each other.”

Jeff Tomes is a Senior EMC Technician with Radiometrics. As a technician he handles testing, soldering and the calibration of equipment. Jeff is the liaison to the Federal Communication Commission (FCC) and the issues pertaining to them.

Around Radiometrics Jeff is known as “The Repair and Modification Guy.” Or simply, “The Fix-it Guy.”

He also performs off-site field survey work at just about any kind of place such as power plants, auto plants and steel manufacturers. Jeff enjoys conducting site-surveys at customer locations. “I get to see how other facilities are set-up and how they operate,” says Jeff.

Jeff goes on to add, “I really enjoy the atmosphere of this company and the industry. I am always doing different functions. Things always are changing. I get to see new products and technology before they hit the market.”

He received his Degrees from Triton College in River Grove, Illinois and DeVry Institute of Technology in Lombard, Illinois in February of 1991.

Jeff worked for a laptop manufacture before coming to work at Radiometrics in the early 1990’s. He brings a significant amount of design and manufacturing experience, which is passed along to the client in the form of developing manufacturable solutions to their compliance problems.

“I’ve worked for larger companies, but this is a nice place to work. Dennis is a great guy to work for. He invests in the company and the future. So we progress,” states Jeff.

Richard Tichgelaar is an EMC Senior Technician with Radiometrics. Duties that he performs include testing, generating reports and assisting on equipment repair and calibration.

Rich generally works on CE and FCC projects along with military and automotive applications.  Rich joined us after an impressive history of working as a Metrology Technician.  Working for ISO/IEC17025 A2LA labs Rich is a welcomed addition to our staff. 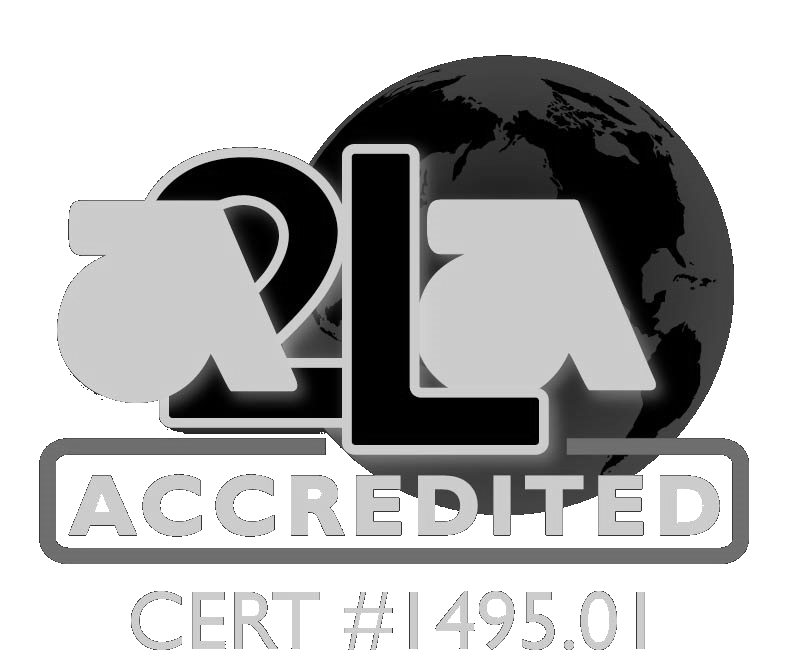